We come here to be shut of all that,
settled into hills and minded our business,
maybe partial to blood feuds,
but not such as drag whole countries in.
Our own hands worked this ground,
never bound another to it, the way
they done in the lowlands,
them with their po-faced lost cause
spread like a rash these thirty year.
Outsiders say we’re as flinty as
our cliffs, backward as a mule rump.
And now we up and refused their war,
they call us chicken thieves, slackers,
socialists and wild-eyed Russellites.
Be that as may be, we’ll not be made
to muck in Europe’s slop like penned hogs.
So if Mr. Wilson sees fit to send
militias in an appeal to reason,
they’d best beware: we can melt
into thickets thicker than their skulls
and snipe with the best.
Never no more will boy hereabouts
kill his own self before being shamed
into killing some like foreign soul.
So come, all you deputized fools,
step into our cove’s finished mystery
and repent your war with mountain folk.

Off the books, so hard to nail down,
except that sign at town’s edge

Unreconstructed, it buzzes at sawmill,
puckers like vinegar from bad apples

A second chance to fly the flag,
join the brotherhood that rides by night

Hit the trail, it snarls, the road
paved with disinfections To own a bluff
maybe
means you will own

a waterfall,
a sycamore where dragonflies
hunt through leaves,

the walnut tree’s
rainfall harpstrings,
and any feathers

the heron happens
to leave by the river.
You could carve

a road along
the ledges,
build a wall

of limestone.
Or you could climb
now and then

up the waterfall
to the seep
where squirrels drink.

You could watch
for the twin fawns,
look for spearpoints,

and let soft seeds
drift
just past your hands.

On my map
this river
is a gooseneck in blue

on an even page,
but inside
the map

the river is green
and thick with seeds,
sycamore leaves

and limestone dust.
The inky lines
of the old bluff

tear and blur
where cedars cling—
they break

into caves
and dens—
so on my way

who leave a trail
of feather curls
as they veer

into autumn
with the river,
swerving round

a curve of bluff
I cannot place
on any map. 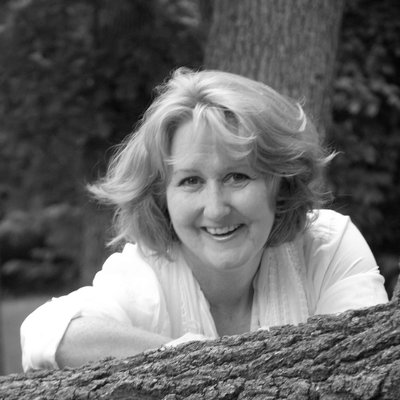 Amy Wright Vollmar was born in southern Illinois and can sing numerous folk songs about frogs, dogs and mules.  Luckily, she also went to Monmouth College to study Yeats and Eliot.  Now she lives in Springfield, Missouri, and has learned how to write poetry in a kayak (tip:  use a mudproof notebook).  She works with First Graders at Phelps Center for Gifted Education, because First Graders like poetry and mud, too.  Amy’s poetry has previously appeared in Elder Mountain and in the Cave Region Review.

The Lake of the Ozarks

how much I desired
an embrace in your strong arms
that cold wedding night
the fire that caught my dress,
alas, reduced me to char

how much I miss you!
at night people run away
when they hear you scream
come and scream at me, my love,
for not saving you in time

Note:
This poem is based on the legend of a young bride who was burned to death on her wedding night.  The story can be found in Ozark Tales and Superstitions (by Phillip W. Steele, Pelican, 2003), “Arkansas History’s Mysteries—Ghost Hollow” (http://arkansasstatearchives.blogspot.com/2015/10/arkansas-historys-mysteries-ghost-hollow.html), and other sources. 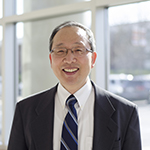 Like graduating seniors, the cicadas emerged
after seventeen years in the ground,
starved and full of lust. I waited
for one boy’s annual return,
on vacation at our lake cupped in the Ozarks.
The trees hadn’t been fully painted in,
needing a hard rain and a few hot days
to brush the landscape fat and green.

The dry creek-bed moved with mating,
their song swarming us to silence. At the end
of August, the sun resigned, the water turned cold.
I woke from our dream. Shells littered
the ground like candy wrappers,
then vanished beneath the leaves.

The black truck rocks
in every washed-out pothole,

filled the ditches with mud. In the headlights,
a luna moth’s green eyes flutter.

Then, the quick flit of bat sounds out its prey
with every flapped wing.

Paulette Guerin earned a MFA from the University of Florida, and she now lives in Arkansas where she works as a freelance editor and teaches English at Harding University. Her poetry has appeared in several journals, such as Green Briar Review, Cantos, Concho River Review, Summerset Review, The Main Street Rag, and The Tishman Review, and she has a poem forthcoming in the 2018 Best New Poets anthology. Her chapbook, Polishing Silver, was published by Finishing Line Press in 2011.