In the Living Ozarks: The Ecology and Culture of a Natural Place, edited by William B. Edgar, Rachel M. Besara, and James S. Baumlin, themes of isolation, sustainability, and adaptability underlie the ambitious attempt to understand the complexity of the Ozarks. The editors use a multi-genre approach that aptly parallels the depth and richness of a region and culture that are oftentimes seen through stereotypical and simplistic lenses. Through the mosaic of photography, creative writing, geographic research, and academic critiques, this work effectively weaves the variegated threads of the region and culture into a beautiful and coherent tapestry.

The Ozarks is a place where culture and nature combine, so the editors open the anthology with an attempt to describe the often-debated confines of the physical region. While setting these terms, the selected works offer sometimes contradictory definitions of the region. While most agree that the Ozarks includes regions from eastern Oklahoma, northern Arkansas and Joplin to the Mississippi River, some exclude areas like Springfield while other writers include areas in Illinois. The ambiguity of the geographic location of the region is a strangely accurate metaphor for the culture as well. As one Ozarker in the essay “Everybody Go Home” states, “Our hills ain’t very high, but our hollers are mighty deep” (62). These, oftentimes rugged and isolated regions were a welcome sight to early Scotch-Irish settlers who forewent the mining towns of Kentucky and regions of fertile soil to find a place less accessible to other settlers (64). This almost symbiotic relationship between the nature of the region and the people created a uniquely independent American sub-culture. Being “shaped by his terrain,” (63) Dan Saults argues that Ozarkers lack any true sense of “unity or comradeship” (63) among the region; instead, foregoing ideas of “protection or development” (63), they focus on just being left alone. While Saults argues this relationship between land and people creates a “peaceful land in a violent sort of way” (65), which discourages newcomers and tourists, another author, Milton Rafferty, argues that the Ozarks is adapting to demographic growth and modern development in such a way that this is a region “whose time has come” (60).

While the land and people may be isolated, the region demands a significant level of resilience and adaptability of the residents. The section “Eras of the Ozarks” details the changing culture and nature of the region that were normally predicated by specific events. In some of the earliest writings about the region, Henry Schoolcraft painted an ecological picture of large savannas, pine woodlands, glades, and prairies. While the Ozarks still contains these environs, events such as the railroad era, the post-Civil War, and “The Big Change,” produced ecological and cultural changes that forced a sedimented culture to adapt to rapid transformation.

The combination of S. Fred Prince’s illustrations of “an Ozarks ecology and landscape that is no more” (87) and Lynn Morrow’s analysis of post-Civil War changes to the region perfectly depict an epoch shift. Prince sketches grand butterfly migrations forming a whorl around rolling hills like a cosmic swirling of dust and a plethora of native plants that have been substituted for paved roads and neon lights in the Branson area. Likewise, Morrow describes a culture that was young, free, and adventuresome; however, after the Civil War, a diminishing wild game population caused by “rapid fire weapons” (95), railroad systems, a lack of conservation, and an increase of both settlements and government projects “closed the memory of youth, a ‘golden age,’ and the settlers’. . . livelihood free on an open range” (95). These events, plus “The Big Change,” would alter the face of the Ozarks in an ecological and cultural way.

In “When The Big Change Came in Here,” Robert Flanders describes an event that runs parallel to the philosophical “Modern Problem” of the early twentieth century. The Big Change is a period that includes the Great Depression and the socioeconomic transformation that occurred thereafter. This moment is a paradoxical time of resentment and great advancement in the region. Massive layoffs, a “contraction of the currency” (117), and falling commodity prices combined with ecological changes and a swelling of economic refugees prompted new government intervention. Although this intervention by “the dam guvmint” (118) was often scorned by the natives, it provided jobs, money, and effective long-term construction and conservation programs that jumpstarted the development of the region. These essays and era-focused photography demonstrate the rapid changes to the region and the adaptable spirit of the culture.

These cultural eras and ecological changes led to an evolving spirit concerning sustainability and the local environment. While many essays in this collection point to an ambivalent attitude towards the local environment, the editors include Ozark writing from the late twentieth and early twenty-first century that explores the potential for a conducive relationship between an independent culture and the need for new sustainable practices. Several authors note that Ozarkers saw the call for sustainability as another attempt of the government to interfere with a “domestic exotic” culture that resented interference from outsiders (126); however, Mary Norman, author of “Sustainable Ozarks: Choices and Actions,” argues “Ozarks culture is well suited to make shifts that are . . . a return to our roots” (159). Since Ozarkers appreciate what they have and normally reject “excesses and extremes” (159), new sustainable practices seem to accentuate traditional values of the region. Jennifer Ailor describes how the personal nature of the Ozarks is helping the Ozarkian evolution of environmental consciousness. She recalls local pastors asking their congregation to start recycling programs and recounts the many organizations in the region trying to stimulate sustainability through independent solutions instead of government programs. This strategy seems to fit the Ozarks best. Sustainability efforts can benefit from the Ozarkian desire for independence and adventuresome innovation to lead the rest of the nation towards a consciousness that considers “the impact of . . . decisions on the next seven generations” (155).

While outsiders may have a romanticized, fictional, and overly simplistic perception of the region, the editors of Living Ozarks explicate the depth of the culture. The collection honestly reflects on the challenges of the region while highlighting the potential of the Ozark spirit. While the purpose of this collection is ambitious, readers will be captivated by the coalescence of poetry, non-fiction, and photography. As a reader and native of the region, I was invigorated, inspired, and refreshed by this Ozark tapestry. 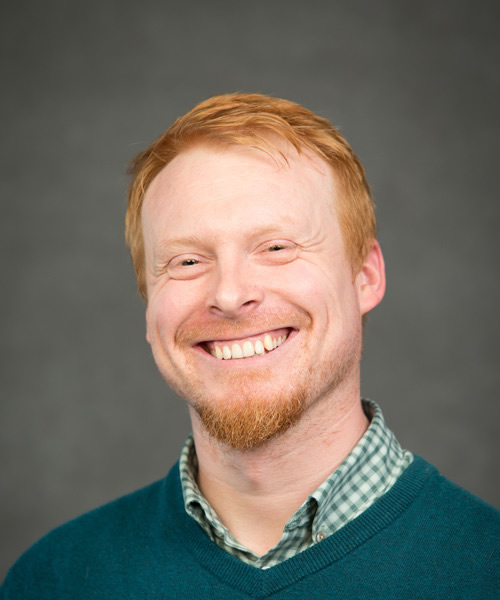 Alex Pinnon is the director of the Darr Honors Program at Missouri State University-West Plains.