Awards and Nominations Jim Hamilton’s Ozarks RFD: Selected Essays won the 2020 Non-Fiction Book Award from the Ozarks Writers’ League. Seven of the essays in this collection appeared in Elder Mountain. The editors of Elder Mountain have nominated Denise Henderson Vaugh’s article “The West Plains Sewage Lagoon Drama, 1978: A Lesson on Infrastructure Failure in a Karst … END_OF_DOCUMENT_TOKEN_TO_BE_REPLACED 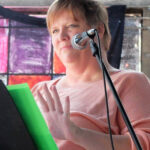 An Interview with Missouri State Poet Laureate, Karen Craigo By Molly Bess Rector   The following interview was conducted via Slack on May 26, 2020 MBR: Hi Karen! How are you today? KC: I'm great! How are you? MBR: I'm doing well. It's gorgeous weather here—one of those porch-sitting days. KC: It's nice here, too, in a cloudy way. Perfect … END_OF_DOCUMENT_TOKEN_TO_BE_REPLACED 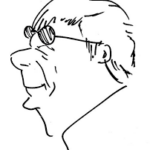 The First Day By John Mort I hadn’t driven that little Nissan for almost five years but it ran nice. My brother kept it for me while I was away. She took the big Ford SUV and it was a fine car, all right, but nothing I wanted. The little Nissan was economical and never caused any trouble. An hour after sunset I parked between two big trucks and walked slowly through … END_OF_DOCUMENT_TOKEN_TO_BE_REPLACED

Sucker Flats By Matt McGowan Two days before Thanksgiving, Patsy and I were sitting in the office and arguing about stuffing. You have to cook it inside the cavity of the turkey, I told her, or you can’t call it stuffing, but she just kept on about a fancy casserole she’d learned from her sister-in-law in Oklahoma City. It’s not stuffing then, I countered. “Fine,” said … END_OF_DOCUMENT_TOKEN_TO_BE_REPLACED 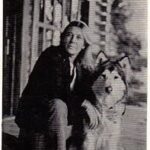 Featured Poet: Susan Powell Susan Powell and her grey wolf, Idgie. “I was born in Altus, Arkansas, during a snowstorm on January 31st, 1954, two weeks before my expected arrival that Valentine’s Day. After the war and ten years of praying, my parents were finally credited with an off-beat child who did everything early, from walking at ten months to reading Sunday … END_OF_DOCUMENT_TOKEN_TO_BE_REPLACED