You are here: Home / General / Magic and Wonder 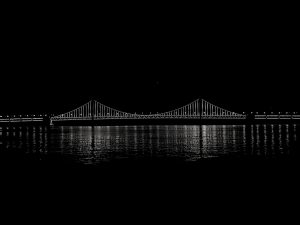 The greatest tragedy of our age is that the days of magic and wonder have been replaced with science and reasoning. Traveling across the entire world, something that once might have been a nearly impossible feat, is now achievable in one day. Here I sit, typing this, a world away from the place I was born.

Soaring tens of thousands of feet above the ground at hundreds of miles per hour, I sat motionless and utterly unaware of the world below me. We flew on the fringe of where our earth met the heavens. We experienced something that our ancestors never had the chance to, something they could only have dreamt about. I wonder if it is any less of a dream for us. Are we beings that truly feel the gravity of this world and our actions within it, or are we simply numb spectators who look only to be entertained by this corporeal existence? I fear that I am the latter, because it took me less than an hour to become bored and turn to electronic entertainment.

In Dalian, Xinghai Square is one of my favorite places. More specifically, the literal ledge between civilization and the sea. In one direction, I can look unto the vastness of the ocean, and in the other, the mountains mingling with the skyscrapers. As I watched the sun set through the crimson sky, it dumbfounded me when I realized it was about to rise at the home I’d left behind… Once night falls the bridge over the ocean lights up with vivid colors. It illuminates the ocean between it and the land. I can see as far as the bridge, but past it is nothing. Utter darkness.

It’s both terrifying and humbling to realize that no matter how much I think I know, and how much I learn, I will never truly understand this world or my place in it. Knowledge isn’t quantified by how much you know, knowledge is an awareness of how much you don’t know.

Science and reasoning will only ever allow us to see so far. Those who rely entirely upon those two things will be blind towards the larger world, and ultimately deprived of the things that bring value to our short existences… Magic and wonder.